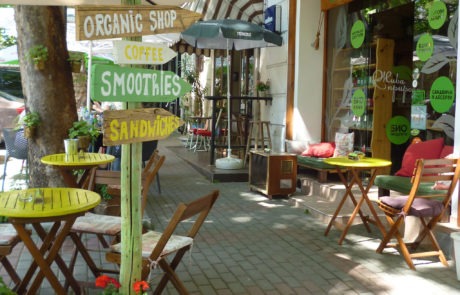 This is the most romantic district of Varna, situated in the Old Town, which has the highest concentration of cultural and historical heritage monuments and archeology. The name Talyana was first proposed by the chief Architect of Varna in 2015 for the area locked in the triangle between the Rail station square, Preslav and Tsar Simeon streets. I the past, there were banks, offices of the big merchants, the modern shops, the Chamber of Commerce and Industry and the commodity exchange, synagogues, churches, the most expensive city hotels Paris and London. It is characterised by construction close to the human scale, a variety of architectural styles, the presence of small streets and relative tranquility in the heart of the city. And the cafes, restaurants, shops and galleries make the cultural and historical core of Varna even more attractive.

Campaign With 30 km/h in the city

Music and art on the streets of Talyana – FUNCITY+ youth festival